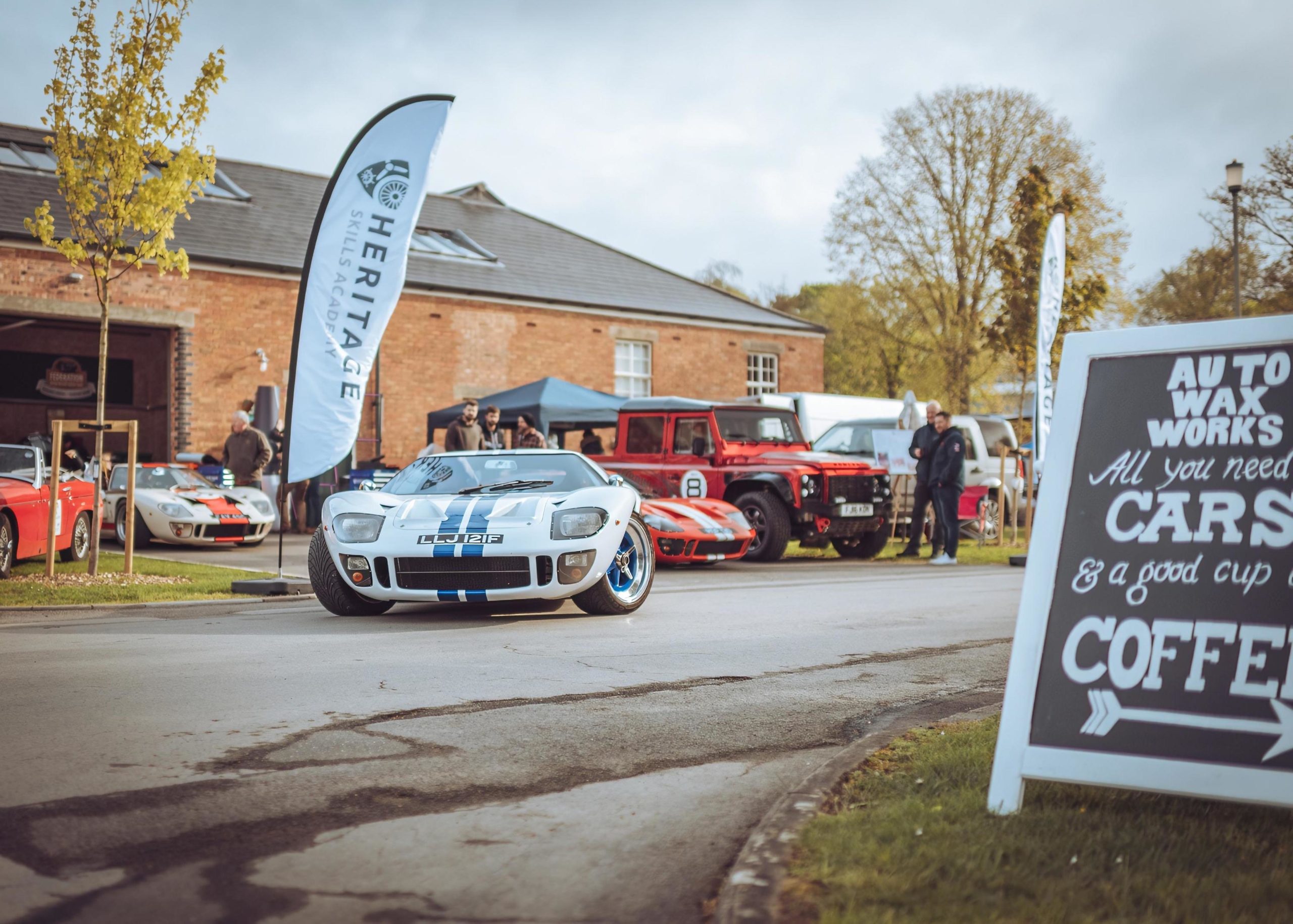 Bicester Motion will be signing the Armed Forces Covenant in support of the Armed Forces community on the 25th August 2021. Through this pledge, Bicester Motion promises to provide equal opportunities for all forces personnel and their families, past, present and future by supporting and advocating the employment of service leavers and veterans as well as providing flexible leave for those whose partners are deployed amongst other commitments. A further 16 of the specialist automotive businesses that call Bicester Motion home willalso sign the Covenant.

The Covenant itself is a nation-wide promise that those who serve or have served in the Armed Forces, and their families, are not disadvantaged by their service and are treated fairly. Each business that signs the Covenant create unique pledges that reflect how best they can give their support to Defence personnel.

Set on the best-preserved pre-War RAF Bomber Training Station in the country, Bicester Motion is an experiential automotive resort with plans to encompass the breadth of automotive culture, from existing on-site historic vehicle specialists (at Bicester Heritage) through to future electric and autonomous technology. Bicester Motion recognises the value that serving personnel, both regular and reservists, in addition to veterans and military families have contributed to the site and the local community. As custodians of a unique military site, and hosts to the monthly Mission Motorsport “Veterans at Heritage” coffee mornings, the signing further cements Bicester Motion’s links with the Armed Forces.

These signings support the work of Mission Automotive, the Armed Forces Engagement programme for the automotive industry. The initiative is delivered by Mission Motorsport, The Forces’ Motorsport Charity in partnership with the Society of Motoring Manufacturers and Traders (SMMT) and the Royal Foundation, and is supported by the MOD.

James Cameron, CEO and Founder, Mission Motorsport said, “Bicester Motion’s own history is inextricably linked to the Forces and it is fantastic to see commitment to the preservation of such a unique part of our national heritage. Bicester Motion was a founder member of the Mission Automotive initiative, and has been a powerful advocate, encouraging others to follow in its footsteps, opening up opportunities for those seeking employment following a military career. We are incredibly proud to be working with all the companies and are one step closer to making Britain the best place to be a veteran.”

Dan Geoghegan, CEO, Bicester Motion adds: “As we continue to evolve as a recognised and vibrant motoring campus, it is our mission to provide a welcoming and equal-opportunities workplace for all. Encouraging access to the unique skillsets and talent from Armed Forces personnel will surely allow new opportunities for development and exchange at Bicester Motion.”

Bicester Motion is a unique 425-acre resort which aims to offer leisure, culture and tourism experiences within one magnificent destination.

Consisting of multiple zones, the Bicester Motion concept comprises of a recently announced 344-room hotel and conference development (which received unanimous planning approval from Cherwell District Council at the end of 2018), and an additional 770,000 ft of operational business and leisure space site wide.

Bicester Motion plans to be the first experiential automotive resort where visitors can become fully immersed in the breadth of our automotive culture, from existing on-site historic vehicle specialists (at Bicester Heritage) through to future electric and autonomous technology. This planned low-density development will be dedicated to driving experience and the demonstration of high-tech engineering as well as health, wellbeing, events, accommodation and aviation.

As a unique, holistic experience, Bicester Motion seeks to become a UK top 20 tourist attraction that offers a destination for one million tourists many of whom already visit Bicester on day trips, and a further 30+ businesses providing over 2000 skilled jobs to the area. Embracing the location’s inherent history and existing business success, Bicester Motion will provide world class leisure facilities, employment and business opportunities at a leading automotive focused development unlike any other.

The Forces’ Motorsport Charity, which has a motto of “Race, Retrain, Recover” is MoD’s competent authority for motor sport as a recovery activity, and is a Royal Foundation (the charitable trust of the Duke and Duchess of Cambridge) Endeavour Fund initiative.

A Service Charity and a member of the Confederation of Service Charities, Mission Motorsport has an award-winning collaborative model of working with government and the other service charities.

Approaching its 10th year of operations, Mission Motorsport has delivered more than 6,000 training days of sport for 2000 wounded, injured or sick beneficiaries, leading to over 400 placements and over 200 jobs. The Charity’s veteran employment programs have paved the way for over 2000 veterans into employment in the Automotive Industry.

Built on years of experience in providing transitional support for service leavers, Mission Automotive links the changing needs of the automotive sector with the knowledge, behaviours and qualifications that service leavers, spouses and veterans possess. Investing in the future of people and well as business, this brand-new initiative promotes and encourages best practice amongst companies, to foster a culture of development to support those who have served.

As the car industry races to meet the challenges of electrification, the Armed Services are an ideal training ground for talent that the automotive sector will depend upon in the future. High-voltage systems and technology experience is commonplace in the Armed Forces, where it is routinely used to enable expeditionary capability. With all three services routinely dealing with 1,000V+ systems, the benefits of migrating these behaviours, skill sets, and qualifications needed are obvious.

However, Mission Automotive will benefit the industry as a whole, in the same way that Mission Motorsport has been a force for positive change since its launch in 2012. With mechanisms centred on education, translation and honesty, it has the support in place to help ensure the best possible fit for both the employee and the employer in the long term. With the broad range of skills and experience that military training delivers, ex-service personnel can make a positive difference in all aspects of the industry.

In the last nine years, Mission Motorsport has placed over 200 wounded, injured or sick ex-servicemen and women into employment and supported to ensure that all parties realise the long-term benefits. With a two-year point measure of effectiveness (still in employment) of 84%, the charity’s work in helping industry innovate and tap into military talent the charity has helped over 2,000 veterans into employment since 2014.

Having already worked with many companies in the UK automotive sector, Mission Motorsport has provided inviable assistance to its partners. This includes Jaguar Land Rover, as it helped its strategic partner, DHL Supply Chain to implement their own Armed Forces Engagement programme, while other suppliers have likewise been encouraged and helped to promote innovative business behaviours and make the most of a pool of talent that’s previously been difficult to reach.